A new study reports that the use of green tea can help to deal with gut inflammation and help with the management of blood sugar levels. The study was carried out to assess the anti-inflammatory potential of green tea and its efficacy in controlling the inflammation level in your body.

Most of you must be wondering about what a leaky gut is and how it can impact our overall health. Let’s know more about Leaky gut syndrome and see how it connects to different parameters of our health.

What is Leaky Gut Syndrome?

I heard about this when I got an online consultation from a renowned gynecologist using a digital healthcare platform named Healthwire. I showed my sister’s reports to the doctor who was suspected to suffer from PCOS. After seeing her reports the doctor discussed a bit about the leaky gut and some sort of inflammation.

Leaky gut is a theory that believes that intestinal permeability can be the reason behind many of your health problems. A permeable intestine will let the toxins flow out from your intestine and let them into your bloodstream. These toxins once entering your bloodstream can trigger an inflammatory response in your body that can further cause a variety of diseases.

A leaky gut is thought to be associated with inflammatory and autoimmune conditions such as inflammatory bowel disease, and celiac disease. Other than this, many metabolic disorders are also associated with the leaky gut syndrome. These include diabetes, arthritis, asthma, chronic fatigue syndrome etc. According to health experts from renowned hospitals in Pakistan, people who suffer from intestinal permeability have a higher level of gut bacteria in their bodies that is known to add to intestinal permeability. Erosion or intestinal layers are involved in making your intestine more permeable. This isn’t easy to erode the intestinal layer as it has several layers on it that are capable of replenishing themselves after being damaged. So, chronic disease or drug is only able to cause enough damage to your intestinal layer to make it permeable enough.

No matter what causes it, we know that a leaky gut is a problem that can deteriorate our health in many ways. Many things can help us to get rid of the problem. A recent study investigated the impact of green tea on dealing with leaky gut.

Green Tea and Leaky Gut – What the Study Says?

A new study was published in Current Developments in Nutrition that studied the impact of green tea on various parameters of our health. The research was conducted in collaboration with scientists from Pennsylvania State University and Ohio State University. The scientists first time studied the anti-inflammatory impact of green tea and its impact on metabolic disorders.

There are a variety of factors associated with metabolic syndrome these include high blood sugar levels, high cholesterol levels, huge waist circumference and hypertension aka high blood pressure. The problem is genuine because studies reveal that almost 35% of the adult population suffers from metabolic syndrome.

The study was intended to study the impact of green tea on reducing the chances of metabolic disorders. The current study aimed to find food tools for treating many health conditions.

In a recent study, Dr Bruno and his team performed a clinical trial on a group of 40 people. Out of which 21 patients were sufferers of metabolic disease and 19 were healthy. People who were suffering from the problem were given gummies that contain catechins (green tea component) equivalent to that present in 5 cups of green tea. Recipients had these gummies for 28 days which was followed by another 28 days where they received no supplements.

After the experiment, laboratory testing revealed that recipients have relatively low blood sugar levels and reduced gut inflammation in both people with or without metabolic syndrome.

“The findings in humans are quite exciting because they confirm some of the findings that were previously observed in rodents that were supplemented with green tea,” Dr Bruno said.

“The importance of gut health for humans is exemplified by our research and suggests that dietary factors such as green tea that are rich in catechins can help to reduce the risk of glucose intolerance by limiting gut inflammation and improving gut integrity,” added Dr Bruno.

How to Improve a Professional Workspace with Reception Table

What are the Treatments of Anxiety Disorder? 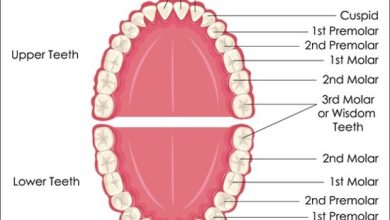 The Wisdom Teeth Numbers: A Chart To Help You Understand