Who doesn’t love a good thriller flick? While it is rare to have the genre of horror and sports combined but if viewed, movie audiences will find some real surprises under this one-of-a-kind combination. Not just ideal for the average movie buff or even a thriller movie enthusiast, but for anyone, who wants to give a new genre a shot!

So, why not give these a watch, especially with the seasons a-changin’, the days getting longer, the breeze no longer gentle, and the spooks of the upcoming chilling season just around the corner?

Bringing the best of games, sports, thrills, horror, and chills all in one place, listed below are rare movies that are not the traditional scary in any way:

Who says that the world of sports does not come with its own set of chills? Loosely based on real-life characters and events, Foxcatcher is set in the world of Olympic wrestling. Multi-millionaire/wrestling enthusiast, John du Pont hires Mark Schultz, a professional wrestler, to coach the American wrestling team for the Olympics of 1988.

Though, Mark sees this as a passage to carve his own separate identity as a wrestler and step out of his older brother, David’s shadow, another successful wrestler. There’s a rocky road ahead, which takes a dangerous turn that ultimately leads to the murder of Dave Schultz by du Pont, later in 1996.

The surprising part about this dark sports thriller is Carrell, whose Du Pont sends down chills with his well-crafted strategy and manipulation. An unfortunate true story of power, corruption, and Olympic gold. Catch this spectacular thriller, exclusively on the channel STARZ!

Though it produced similar stories all set in futuristic settings that often had brutal endings, it was noted for its high-end movie stunts, socio-political undertones, good-looking cast, and a whole lot of schlocky sequences that made it one memorable stand-out, to say the least.

Even though both the movie versions differ ever so slightly in their plots. But if you are a fan of the likes of Squid Game or The Battle Royale, you will surely enjoy these two pictures as well. Though not the conventional horror or pure sport either, the dystopian-centered flicks will keep you on the edge as you root for your favorite team! Watch now on Tubi.

Does a sports movie that’s more inclined towards mad fury style fascinate you? Then we recommend that you stream Rollerball. Not only does Jewison’s Rollerball is electromagnetic, but it is daunting as well, for its styled in the genre of death games with undertones of menacing sci-fi.

Showcasing the frightening dystopia, where corporations have replaced and taken over countries, the film is set in the futuristic world of 2018 with a violent social order that controls every move.

Just like in The Hunger Games, different areas must participate in a futuristic game, called Rollerball. Star players are to participate in this recreational sport, where personal freedom is the ultimate prize. Rollerball’s long-standing player, Jonathan’s popularity continues to soar, making the Executive Committee feel threatened by his professional durability.

But does he win his ticket to individualistic freedom? Stream now on Pluto TV to find out what happens next.

Just make sure that you are connected to a high-speed so that you can watch this terrific sports thriller with zero glitches at your end. If your connection starts to hiccup or buffer in between, then we suggest that you contact the customer service of your provider.

Like the reliable Spectrum Support Care, which ensures that all your connection-related problems are resolved within no time! Call now to get answer to your service-related queries!

A distressed salesman, knife peddler, volatile temperament, and strained personal relationships make up Robert De Niro’s character in the movie, The Fan. But that’s not what brings the chills to the screen.

It’s his obsession with his favorite baseball team’s newest sensation that makes the hair at the back of your neck raise with tension. The movie explores the dark area when the dynamics of admiration and devotion take a dangerous twist.

Though sports fans are found all over the world. But what happens when one of them is crazy about their favorite player to the point of being a fanatic? An excellent psychological thriller that explores the alarming relationship arc between an unhinged obsessive fan and a superstar athlete.

Wesley Snipes stars as the baseball team’s newest phenomenon, who has an obsessive fan after him. The movie can easily be streamed via Amazon Prime Video or Apple TV and several other TV apps as well.

Who doesn’t love a healthy dose of quality reality TV, every now and then? But what happens when the same reality TV show has contestants, who are convicted criminals, one step away from graduating as the next top professional killer?

If it doesn’t creep you out, we are not sure what would. Starring Arnold Schwarzenegger, it does not have the usual Schwarzenegger grit or pluck. Instead, the movie is downright sneaky for it’s based on one of Stephen King’s books that were published during his Bachman pseudonym phase.

The best part is that the movie follows the pattern of death games set in a dystopia, similar to the themes present in Rollerball or Death Race. What makes it stand apart is the prominent athletic vein that runs through this terrific movie, which also features memorable one-liners that can only come from the one and only ‘Governator’ himself.  The Running Man is available on SHOWTIME®. Stream now!

So there you go, folks! Snuggle up with your loved ones for these movies may not curdle your blood with fear but are bound to spook you in the dark, for sure.

Just remember to get a service provider like Spectrum Internet, which offers a dedicated internet connection so that internet worries are the last of your concern.

One thing to remember – these movies mentioned above will always keep you on the edge of your favorite couch, even if it means cheering on the team with the highest number of spooks. 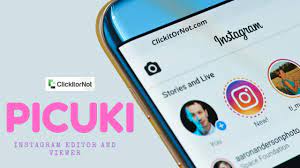 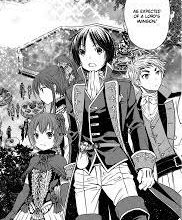