The United States produces nearly 280.6 million tons of all kinds of waste annually, out of which around 34.8 percent is composted or recycled, while 13.7 percent is incinerated, and the remaining is buried in landfills.

The conventional techniques of liquid waste disposal lead to a big issue, which is the filling up of the landfills. Since the majority of the treatment techniques involve disposing of solid waste from various liquids at landfills, there is an inevitability that the entire space in the landfills will quickly get used up in the near future. It is expected that in 2050, around 4.5 billion metric tons of municipal liquid waste will be produced worldwide. This will pose a huge environmental concern, given that the landfills are rapidly running out of space.

What is Liquid Waste?

Liquid waste has become a major issue around the world, considering the fact that the earth’s 74% surface is covered in water. The Environmental Protection Agency/EPA says that liquid waste can be described as any waste material that can be defined as a liquid. This material is expected to cross a 0.45-micron filter at a 75-psi pressure differential, as per the EPA’s given definition. Liquid waste is mainly produced by human beings and animals in the form of natural excretion, which is then flushed into waste lines and sewage.

What are the Few Major Examples of Liquid Waste?

This type of liquid waste is formed by by-products as well as runoff from industrial production and processes. It includes hazardous and chemical waste that cannot be transported from the same sewage management processes as commercial or septic liquids. The industrial waste management method requires the testing and inspection of the liquid waste before the disposal process takes place.

Domestic sewage waste can be understood as the products and waste generated by residential septic tanks. This type of liquid waste is formed by humans in schools, houses, and other similar buildings. This only covers septic tanks with a drain field. The proper disposal and management of domestic sewage waste involve transporting the liquid waste to a sewage treatment plant, following which effective equipment and methods are used for purifying and disposing of the waste.

Waste management is a fast-emerging economic, political and social concern in most urban areas. High concentrations of industries, urban structures, and people foster not only waste creation but also challenges and disputes associated with the disposal method.

What are the Types of Liquid Management Methods?

The sedimentation process allows the particles in water that is in suspension to settle out due to the impact of gravity. The settled down particles following suspension turn into sediments, and are called sludge. After the sediments’ thick layer has settled down, it is called consolidation. The consolidation of the sludge or sediment assisted by mechanical techniques is called thickening.

Incineration can be described as a thermal waste treatment method that can be viewed as a controlled combustion technique that aims to reduce the volume and ensure energy recovery from the liquid waste stream. It is one of the most popular techniques in liquid waste management, in which the heat generated from combustion is recovered and then changed into electric power. The organic content of the liquid waste is then combusted, after which heat is generated. On the other hand, the inorganic content of the same helps in the development of ash. End products of this technique include heat, combustion gases, as well as ash.

Waste solidification is a widely utilized treatment for managing and disposing of a variety of contaminated wastes, mostly those contaminated due to substances that are hazardous. The treatment method involves combining a binding reagent like portland cement with the contaminated waste. This particular technique has numerous benefits, including high availability and versatility. The use of Portland cement offers stabilization, solidification, and to some extent, sorption of liquids.

Why is Proper Management of Liquid Waste So Important?

Improper or ineffective liquid waste management market proves to be quite harmful to the environment, leading to pollution. If a water source is contaminated by liquid waste, its chemical makeup gets affected, which results in the development of surface water contamination. This often leads to severe consequences for animal and human drinking water, while altering the aquatic ecosystems. In case of improper disposal of liquid waste, it can mean soil pollution, wherein toxins permeate through the soil, restricts plant growth, and harm animals or humans who ingest these items.

Liquid waste poorly managed can generate vapors that foster greenhouse gas emissions. These gases result in a heat surge and can be disastrous for the ecosystem, which contributes to global warming. This quite often results in extreme weather like acid rain. 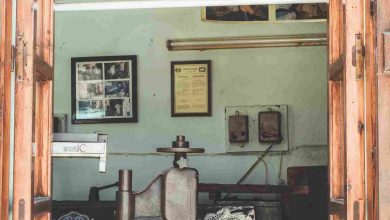 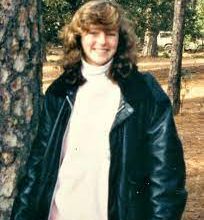